I always appreciate when people take the extra lunge to get their message across in an interesting way. And with the election just weeks away, I’ve seen two recent examples using political hooks. First was the homeless man at a stoplight in Marina Del Rey holding a sign that said, “Obama Needs Change…And So Do I.” I had to hand it to him—the respect, I mean.

The second is this poster duo decorating a store window in the West Village: 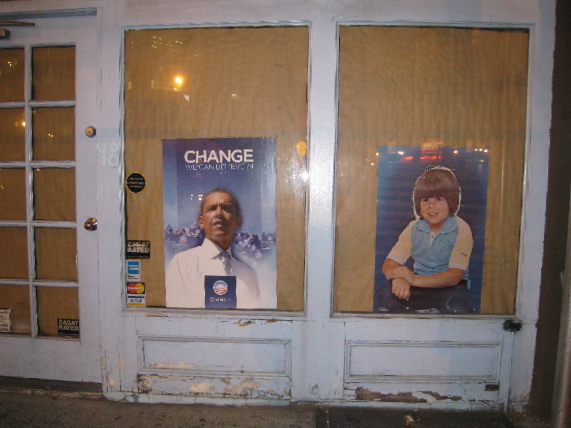 You can listen to Obama say that eight years of the Bush White House is enough—or you can let little Nicholas send the subliminal message from the Bradford House in his own innocent way. There’s a plate of homemade wishes on the kitchen windowsill, and eight is enough…

Kudos and thanks to New York City graphic designer and friend Lisa Kay for snapping the shot!