Here’s my latest interview for the New York Post ALEXA fashion special: A sit-down with Nikolaj Coster-Waldau, who plays Jaime Lannister on Game of Thrones.

The actor was a profoundly nice guy who shared a bit about his shy, awkward days growing up on a small island south of Denmark, his wife and kids, and the writing of his own he is doing now. Check out the Nikolaj Coster-Waldau New York Post interview to read it in full. 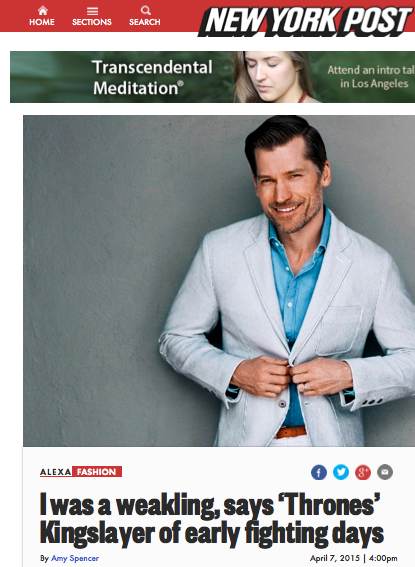 The show just premiered it’s fifth season on HBO. Here’s hoping his character will last the season without being stabbed, sliced, shot with an arrow, or—oof, burned at the stake—like so many before him.