I had so much fun popping by the set of the ABC sitcom Black-ish to sit down with the cast of the comedy for a recent cover of PARADE magazine. 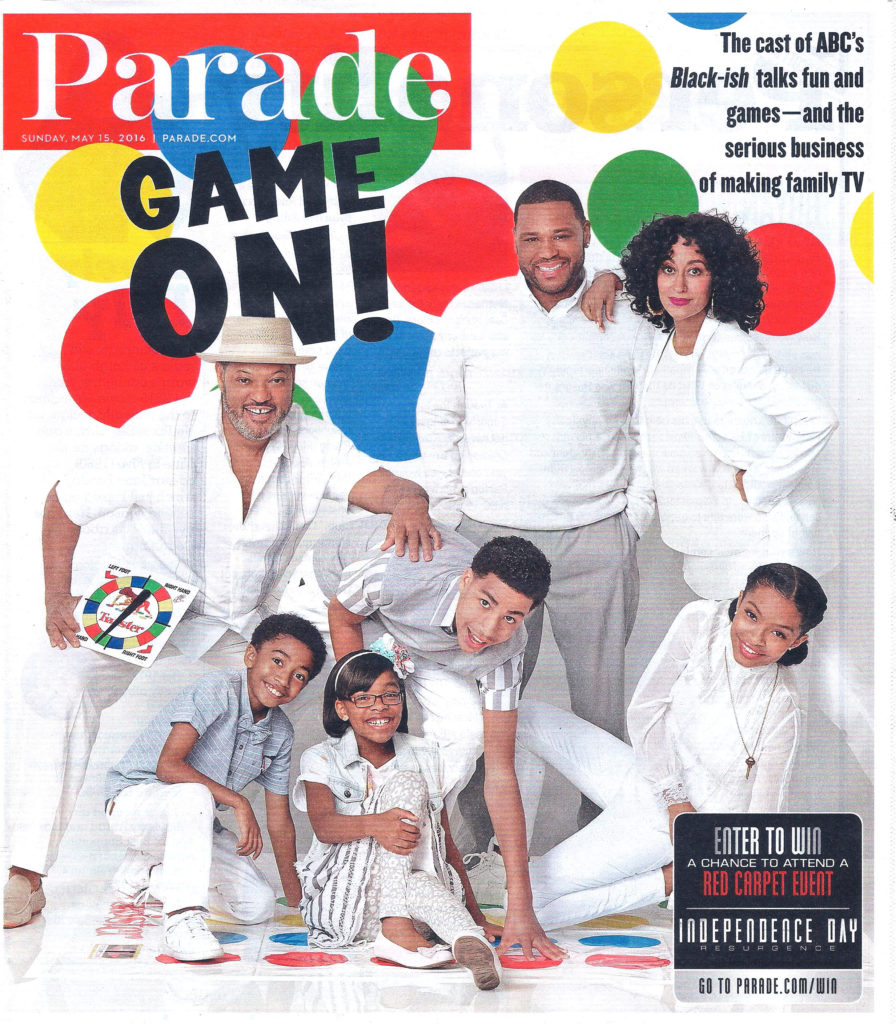 I met up with Laurence Fishburne, Anthony Anderson, Tracee Ellis Ross and the four actors who play their kids on the show to chat about how to balance the serious things in life with a little fun like family game night—and which of them might beat you at a game and never ever let you forget it. (Hint: It’s Anthony Anderson).

You can read the full story on Parade.com, which includes even more of their wit and wisdom than the print edition. Check out Game On: Balancing Serious Issues and Fun with the Cast of Black-ish.