This weekend, in honor of Father’s Day, my latest cover feature was published: A sit down chat with two of the stars of the Netflix sitcom The Ranch, which just debuted a new season. Lucky for me, those two stars were Sam Elliott and Ashton Kutcher (who also co-produces the show), for the cover of the June 18, 2017 issue of Parade magazine. 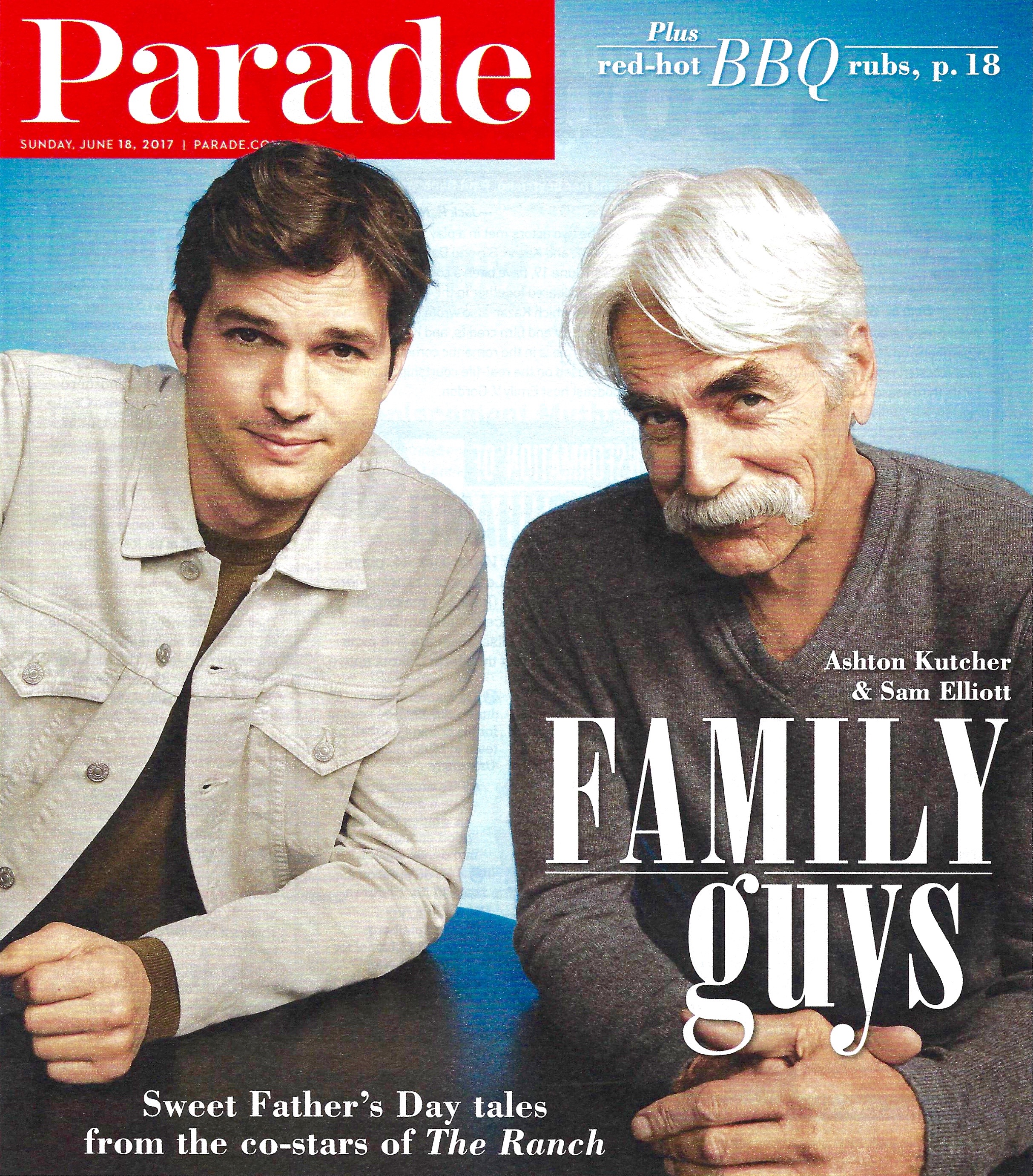 It was an honor to talk to each of them about growing up with their dads, as well as what they’ve learned and love about being dads themselves now. You can read my full piece here—Like Fathers, Like Sons—on the Parade site. 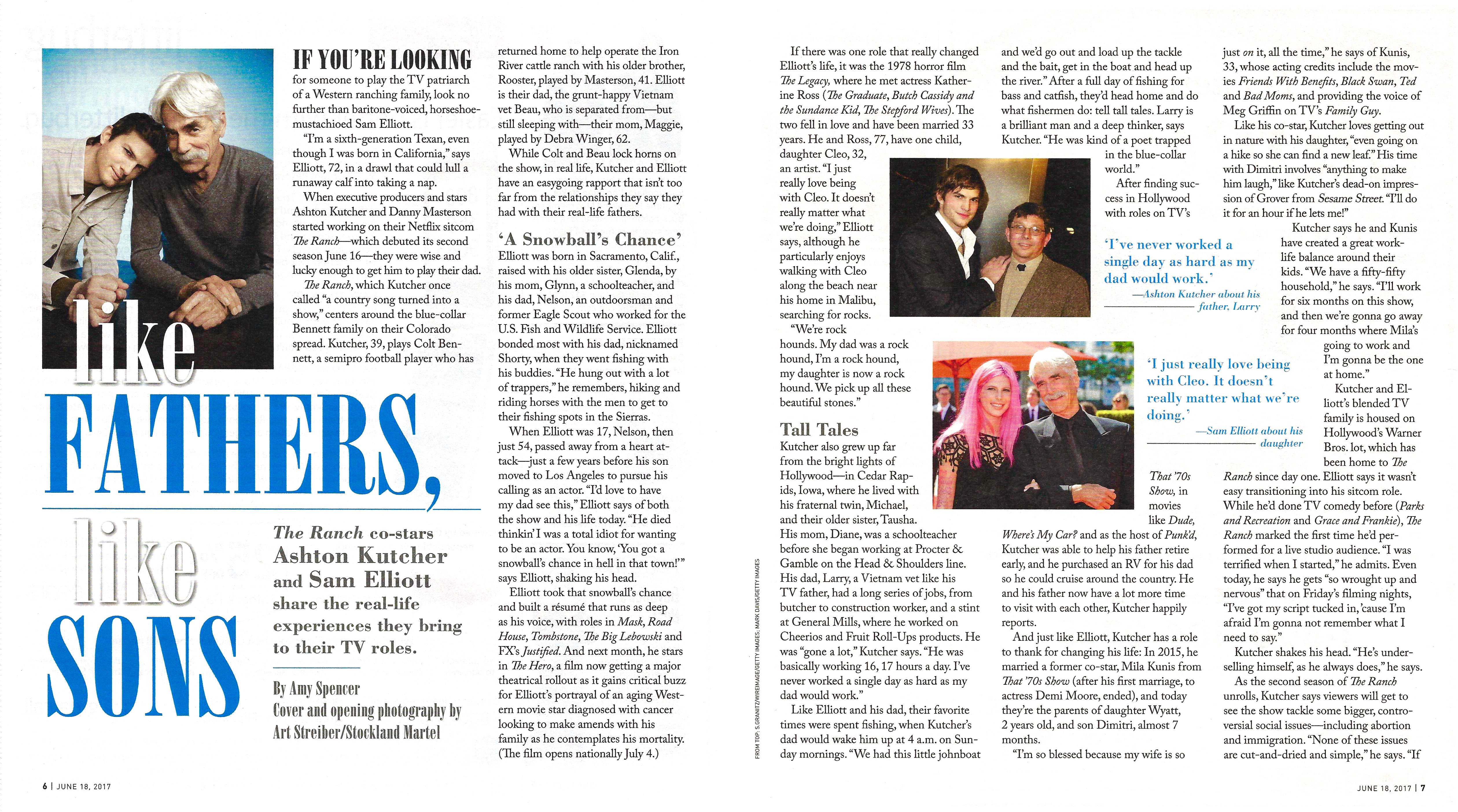 And aside from Sam Elliott’s role on The Ranch, the countdown is on for the release of his upcoming movie The Hero, out July 4th. Consider me first in line for that one…