I’m on a bit of a country kick with my latest projects. 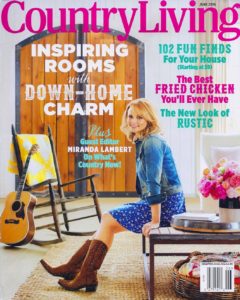 For the June 2015 issue of Country Living magazine, I interviewed Miranda Lambert, who was acting as the issue’s Guest Editor. I’ve chatted with her a number of times now (three? four?) and she’s always such a joy to speak with: real, funny, smart and open.

Her ideas and quotes about country living are dotted throughout the whole issue—from her stories about her favorite Ford pickup truck (and why she named it Loretta!) to what traditions she’s taken from her childhood home into her life now. This is her take on “What’s Country Now” if you want to take a gander.

Pick up the June issue of the magazine while it’s still on stands to read more! 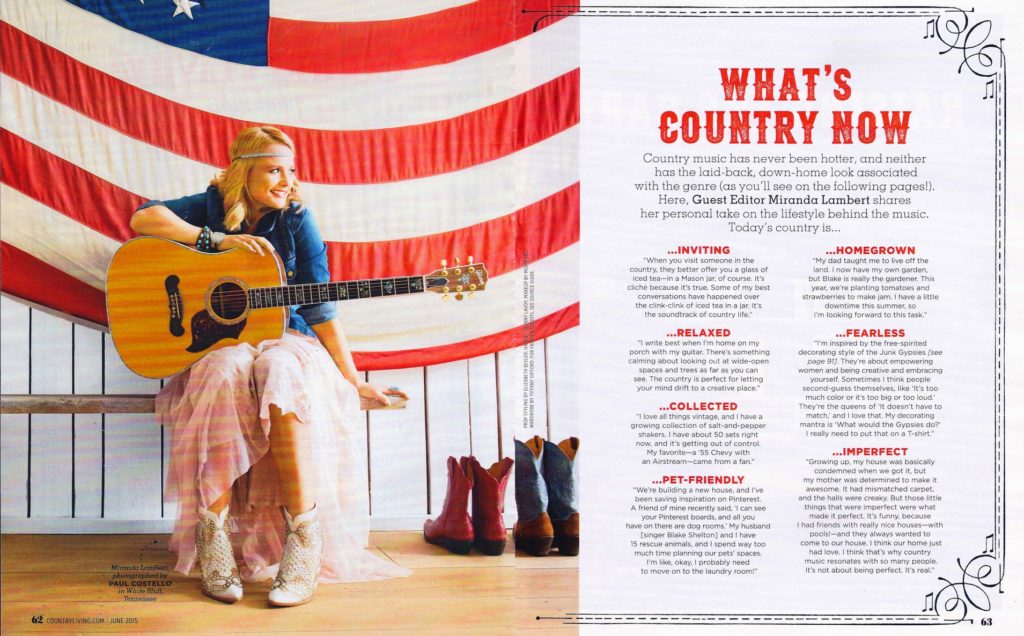