All the Koreans in the house say “Hollaaa!”

My App, Half-Orange Optimisms, is now reaching out to a new Korean audience, thanks to a new book called 98 Money Making Apps that has featured my App. Well, hmm, at least I think that’s what the book is called. That’s the cover on the left there, so if you do read Korean and it turns out the book is called “Loser People Who Made The Suckiest Apps of the Year,” will you let me know?

I was interviewed for the book about what inspired the App and how I designed it and got it made, and it ended getting its own chapter. What fun, right?

Here’s a shot of some of my chapter: 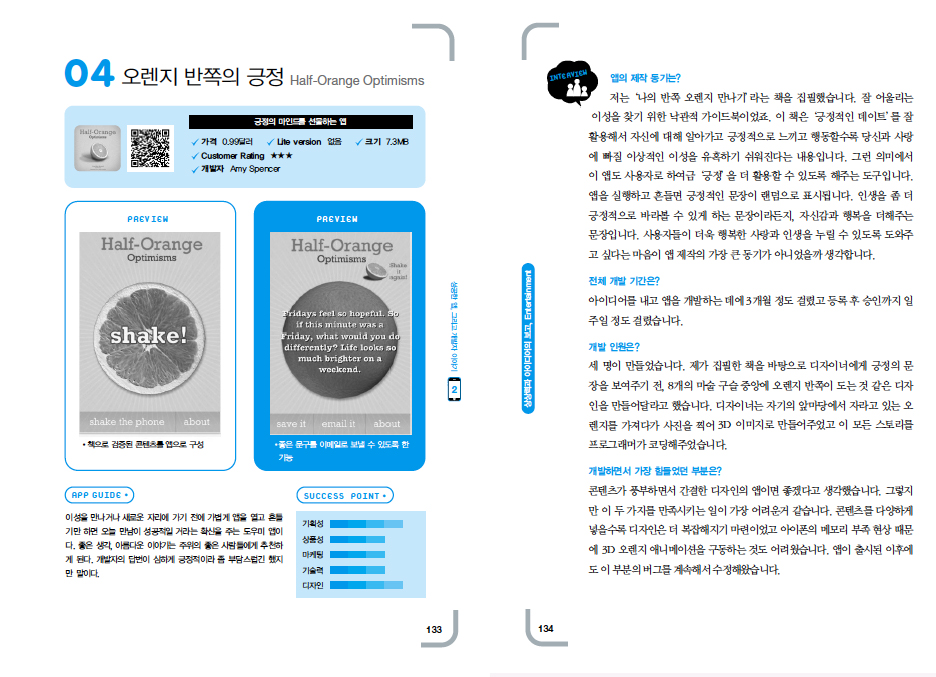 An added bonus: My App falls right after a chapter on the App for the amazing Cyanide and Happiness—and if you don’t know this brilliantly cute comic and their books (their new one is Ice Cream and Sadness), you must check it out! And get their App, too, while you’re at it, I just did.

You can buy 98 Money Making Apps through the LeeChung Soft website if you’re interested and, you know, caught up on your Korean.