Some friends and I were talking the other night about how sometimes, while channel-surfing, you see a particular movie that you simply can’t skip past. It’s compulsive: You simply must watch it…for the 14th time…enjoying every single second as much as the first. And with all the “My Favorite Movie” lists I’ve been seeing on Facebook lately, I decided this was a list worth considering, as I think the movies we’re pulled back to again and again say a lot about us.

So what are your Top 3 Movies You Can’t Turn Off?

I’ll tell you mine, and what I think they say about me: 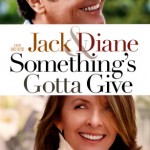 1. Something’s Gotta Give. I think this relates to the fact that I’m a hope-full romantic, that I love watching real-seeming people fall head first into it. And I love Diane Keaton to bits. And Jack Nicholson. And Keanu in this. And of course there’s that dream of a Hamptons house. And that meal in Paris? Oh, the things I’ve added to my bucket list after seeing this movie. 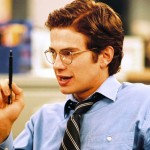 2.  Shattered Glass. This is a weird one, and I always tune in at the same spot (when Peter Saarsgard first starts asking for the back-up for a story). I suppose this is obvious: I’m a writer who used to work in magazines, and it’s so creepy to think that someone would go this far with a fake story. I also feel freakishly guilty by association watching it, the same way I started to feel like I’d been involved in a murder and cover-up after I read Donna Tartt’s The Secret History years ago. Apparently, I really like feeling freakishly guilty by association. 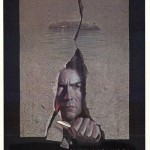 3. Escape from Alcatraz. Lately I’ve been tuning in at the same spot in this movie, too: at the scene in the wood shop. This relates to my fascination with prisons—especially abandoned ones. But why? I think I secretly wish I had it in me to live the life of a criminal, but I’m too moral to try, and too terrible a liar to get away with it. But it’s why I side with Clint and his gang. And although we’ll never know for sure what happened to the real escapees after busting out, I kinda sorta hope they made it across the water alive.

In any case, give a think about yours: not your “favorite” movies, necessarily, but the ones you have to watch. It may give you some interesting insight into your subconscious, too.