My latest cover story debuted this month: A Parade magazine interview with Denzel Washington and Chris Pratt, about what it’s like playing Two of the Good Guys. 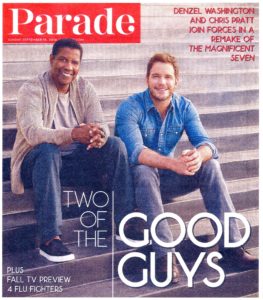 The film, led by director Antoine Fuqua, opens nationally this weekend. And in the meantime, enjoy the fun that is Denzel and Chris batting their answers back and forth and discussing how they got along with their horses, and the value of playing “the goofy, funny guy.” 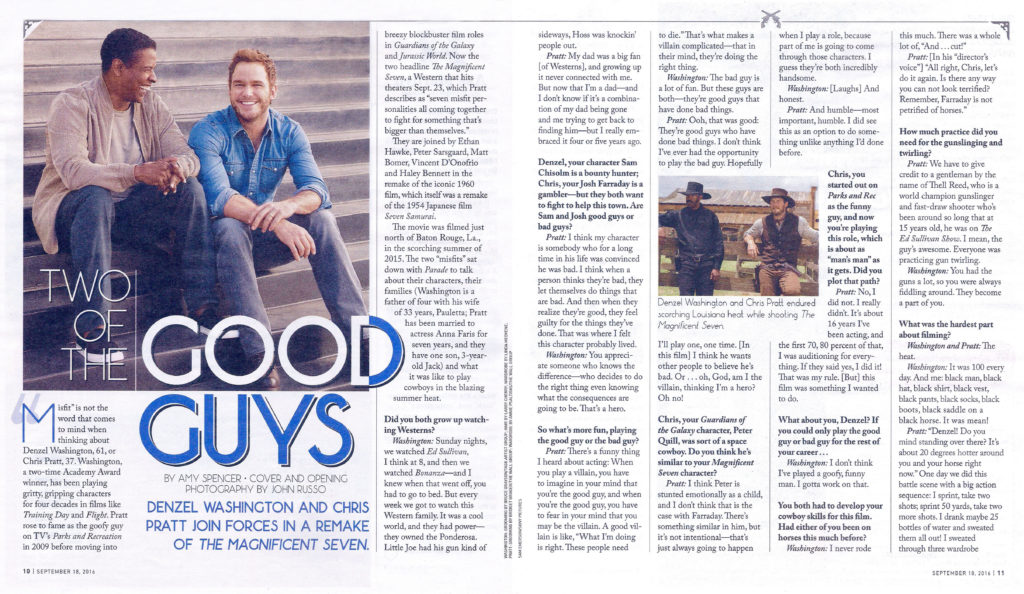